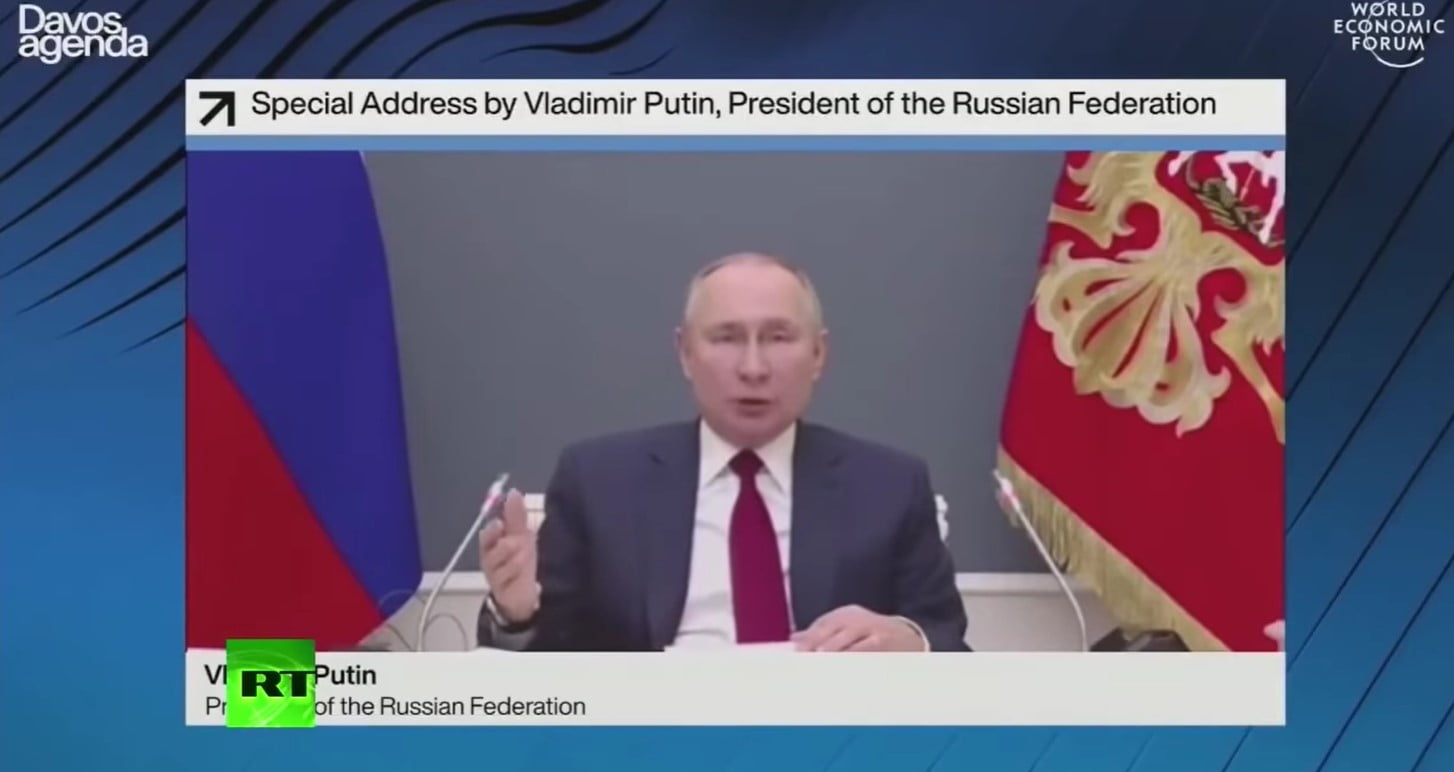 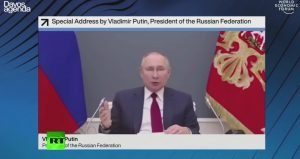 Russian President Vladimir Putin said the world risks sliding into an “all against all” conflict amid tensions caused by the Covid-19 pandemic and growing economic inequality.

Addressing the World Economic Forum on Wednesday for the first time in 12 years, Putin drew parallels with the 1930s when he said a failure to resolve international problems sparked World War II.

“Today, such a global hot conflict is, I hope, in principle impossible,” Putin said in his online speech to The Davos Agenda. “But, I repeat, the situation can develop unpredictably and uncontrollably.”

Putin spoke a day after Russia and the U.S. exchanged diplomatic notes agreeing to a five-year extension of the 2010 New START treaty limiting strategic nuclear weapons that was due to expire Feb. 5. Russia’s parliament voted unanimously to back the extension on Wednesday.

In his speech, the Russian president hit out at technology giants that he said were competing with national governments in part over the views and beliefs held by their citizens.

He called for international cooperation to ensure greater availability of vaccines against Covid-19 in poor countries, and said governments should strive to ensure decent living standards for all citizens after decades in which the focus had been on lowering taxes for the wealthy and corporations.

Putin said the agreement Tuesday to extend the New START treaty was a step in the right direction.

Russia is seeking to gauge prospects for improving relations with the U.S. under President Joe Biden, who warned in his first phone call with Putin Tuesday that his administration “will act firmly in defense of its national interests in response to actions by Russia that harm us or our allies,” according to a White House readout.

A U.S. return to the Open Skies treaty with Russia that was abandoned by Trump is still possible, Kremlin spokesman Dmitry Peskov told reporters Wednesday. The U.S. quit the treaty formally in November after accusing Russia of non-compliance with its obligations, which the Kremlin denied.

Putin last addressed the World Economic Forum at Davos as Russian prime minister in January 2009, at the height of the global financial crisis, when he called for international cooperation to “replace the obsolete unipolar world concept” led by the U.S. Putin, who spent billions rebuilding Russia’s armed forces as president, also called for “reasonable restraint” in military spending.