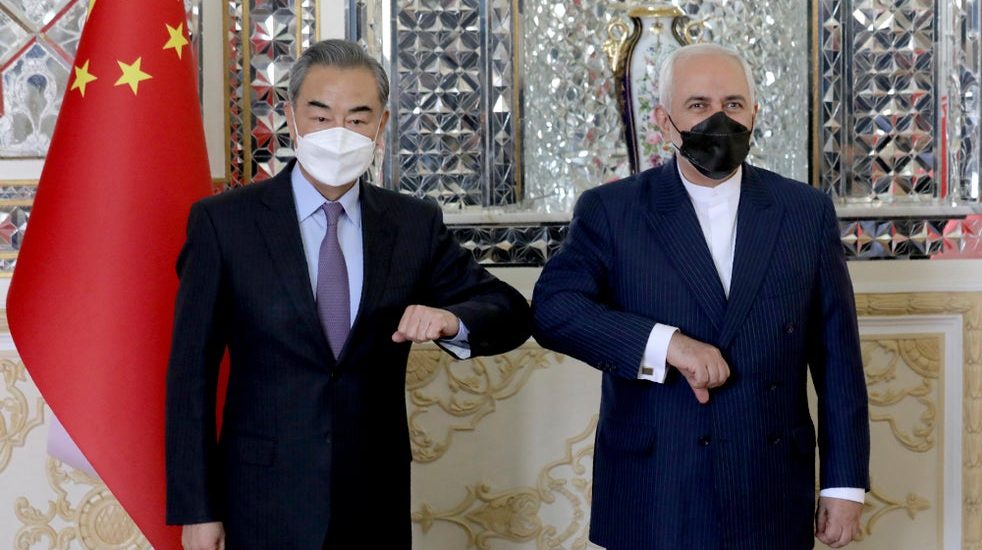 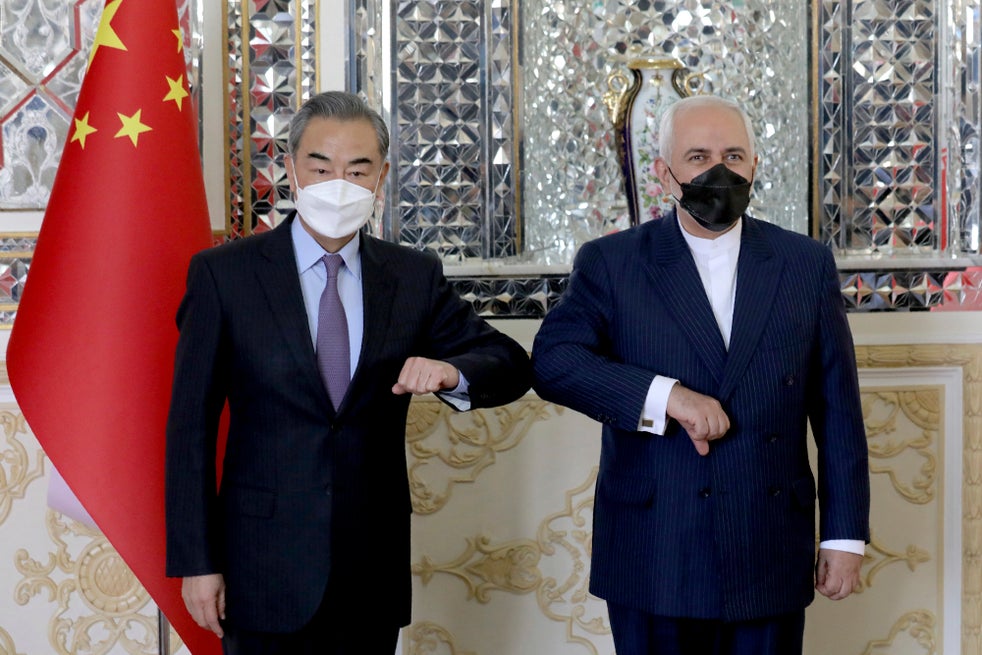 The agreement was signed in Tehran during a diplomatic visit by the Chinese Foreign Minister Wang Yi, who is currently touring the Middle East from Turkey to Iran and Gulf countries in an extensive program, aiming to reach regional powers.

“Suffocated and economically devastated by decades of US sanctions, Iran found a new global and strategic partners beyond selling oil. In return, China secures a regional super power in the Middle East to help it bring to reality its ambitions of becoming a global economic and political superpower to match, rival and challenge the united States, whenever and wherever needed,”  said MLi Group geo-political and China expert said.

“It is clear that the US full grip of world governments’ throats, through economic sanction, and which forced many to follow US foreign policy strategies and directives, is now being challenged”. explained the MLi Group expert. “One can start saying that  it is no longer a ‘full grip’” . The expert added.

According to the deal, China will invest across Iran for the next 25 years in return for Iranian oil. In addition to its investment clauses, the agreement also calls for security cooperation and an intelligence partnership.

“The deal signals the emergence of a global political and economic power to rival the US. It also created a new trend in global geo-politics where governments around the world who had no option but to oblige US  threat of sanctions now realize that from today forward, other options exist.”  The expert later added,

The deal comes at a delicate time: the US has imposed fresh sanctions on Beijing and the new Biden administration continues to refuse to re-join the internationally-approved nuclear deal with Tehran which Trump walked out of, and which left harsh sanctions on Iran in place.

It is clear that the US full grip of the throats of world governments, through economic sanction, which forced many to follow US foreign policy strategies and directives is now being challenged and is no longer “full grip”.

“The timing suggests that China was ready to fill the gap created by Iran’s undoubted disappointment with the unwillingness of the Biden presidency to undo the damage done by imposing sanctions and withdrawing the US from the JCPOA Nuclear Program Agreement of 2015 by the Trump presidency,” explains Richard Falk, a prominent expert on international relations and professor of international law at Princeton University.

“From Iran’s side it was a matter of meeting economic needs and signaling an unwillingness to submit to the American insistence that Iran curtail its regional objectives in the Middle East or accept a revival of the Nuclear Program Agreement in a way that put new burdens on Iran’s enrichment processes,” Falk later added.

China’s pivot to the Middle East

Some experts have already warned that the American sanctions might push countries like Iran “into China’s outstretched arms”, and discourage Tehran from reaching a political agreement with Washington. After and as a result of the economic hardship of the sanctions, China began importing large amounts of oil from Iran. “This is likely to annoy US policymakers, both a slap at them and a pat on the back for China,” Falks says.

“It is likely that such an agreement would have been made in any event, but doing it at this stage was a pushback against American aggressiveness toward both China and Iran. China probably also wanted to signal its geopolitical firmness given the way Biden has made a point of highlighting the Chinese challenge to Western values and interests,” the professor adds.

“China is a friend for hard times. The history of cooperation between the two ancient cultures of Iran and China dates back centuries. Signing the cooperation agreement will further strengthen the ties of the two nations,” said Javad Zarif, Iranian foreign minister, following the signing of the deal.

“China firmly supports Iran in safeguarding its state sovereignty and national dignity,” pledged Wang during his meeting with Iranian President Hassan Rouhani, according to the Chinese foreign ministry.

While Beijing appears to be avoiding setting a particular political agenda in a deliberate fashion in the Middle East, the China-Iran agreement might still mark a new era for Beijing’s “readiness to be more engaged” in the region, according to Falk.

Signalling their future political intentions in the region, Chinese officials have recently indicated that the country could host direct talks between Israel and the Palestinians.

The agreement, which was prepared nearly a year ago, was also put in motion ten weeks before the Iranian presidential elections, in which resurgent hardliners will take on diminishing moderates once more.

For Iranian policymakers, it is often believed that there is no significant difference between China, the EU and other countries. But the problem is that while Western countries say “they are willing to work in Iran”, they often cannot fulfill their agreements and promises for various reasons due to fierce anti-Tehran political lobbying in Washington and in Europe.

According to Iranian trade laws, any foreigner who wants to do business in the country needs to build a company through a partnership with an Iranian national, where the native investor should have the majority share.

Iran’s energy resources, along with its promising infrastructure and logistics sectors, provide adequate reasons for China to invest overseas.

“China has build strong ties with many oil producing countries. This deal with Iran fits that strategic criteria, and then some. China found a way of converting US sanctions from a detriment into a ‘double-competitive edge’. 1- buying discounted oil from Tehran, one of the world’s primary oil producers. 2- send a strong message to the US by creating tactical long term allies” concluded the MLi Group Expert.

Iran already has cooperation agreements with Russia who is expected to join this deal soon.