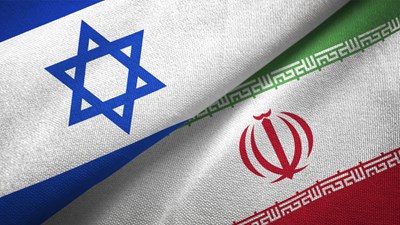 International news wires have been buzzing quoting Iran’s chief nuclear official that his country’s nuclear facility south of Tehran was cyber hacked. This qualifies as, and fits the MLi Group definition of a Geo-Poli-Cyber

attack, which is explained further below. 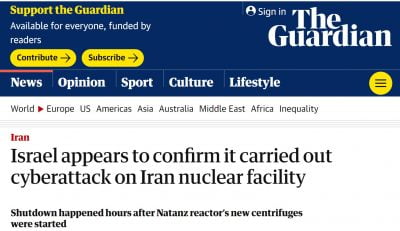 Not only does Israel seem to be the most likely perpetrator, in fact numerous international news agencies such as the Guardian, reported that Israel appears to confirm it carried out the cyberattack on Iran’s nuclear facility.

Behrouz Kamalvandi, a spokesperson for the Atomic Energy Organization of Iran (AEOI), said on Sunday that the Natanz facility’s power network have been impacted by an “incident” on the morning of April 11.

“Israel’s Geo-Poli-Cyber attack on Iran’s Nuclear facility is highly likely to prompt retaliatory responses by Tehran for multiple reasons. One of them would be to elevate the threat of real war, or escalation towards one, between the two nations that would force the US back fully in Israel’s Camp and abandoning rejoining the JCPOA.”

” This would force respective regional and international allies to join. For Israel, drawing the US/Biden administration in its support is critical. The narrative would be ‘Israel cyber attacked Iran in self defence and is now being threatened by fanatical Iran who wants to destroy it’. Consequently, Israel succeeds in achieving one of its key goals, namely derailing the US re-joining the JCPOA agreement, which it is on the verge of concluding.” The expert added,

How Does it Qualify as a “Geo-Poli-Cyber” Attack?

The expert elaborated as to why this qualifies as, and fits the MLi Group label and definition of being a “Geo-Poli-Cyber” attack saying: “This is due to motivation. This cyber attack was NOT financially motivated. It was politically or geo-politically motivated to coerce the target nation (Iran) into accepting or adopting a particular political or economic direction by disrupting, devastating or destroying the actual target (Iranian Nuclear Facility) through a cyber attack. This qualifies it as a a Geo-Poli-Cyber attack”.

On Iranian state television, Ali Akbar Salehi was quoted as saying: “Condemning this despicable move, the Islamic Republic of Iran emphasizes the need for the international community and the International Atomic Energy Agency [IAEA] to deal with this nuclear terrorism.

He added, “Iran reserves the right to take action against the perpetrators.”

Salehi said that the attack on the Natanz complex took place the day after Iran unveiled new equipment to enrich uranium. In a ceremony broadcast live on television on April 10, the country’s president, Hassan Rouhani, inaugurated new centrifuges at the Natanz site.

Salehi described the strike as a “terrorist attack” carried out to “sabotage” Iran’s nuclear program. He did not state who was responsible for the incident, but intelligence sources cited in Israeli public media are attributing the attack to Israel.

All Fingers Point to Tel Aviv

Israeli public broadcaster Kan and the Haaretz newspaper painted the Natanz incident as a power cut brought about by Israeli cyber-operatives.

Under the terms of a 2015 nuclear deal, Iran is permitted to produce and store only limited quantities of enriched uranium. The deal also restricts the country’s use of the heavy metal to the production of fuel for commercial power plants.