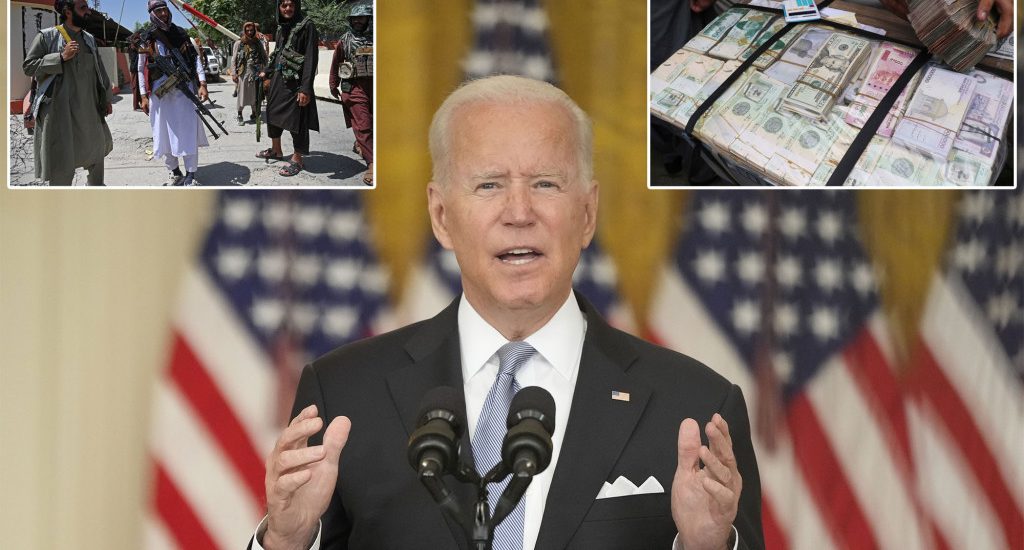 As I watch events in Afghanistan unfold, I find myself trying to ignore all the commentary and longing instead to interview three people: President Lyndon Johnson, Chinese President Xi Jinping and Mohammed Zahir Shah, the last king of Afghanistan.

Friedman: President Johnson, what did you think of Joe Biden’s speech about quitting Afghanistan?

Johnson: I listened to it, and I have to say that I choked up. If only I had had the guts to give that speech on April 7, 1965, about America’s involvement in Vietnam — the war that I inherited and then expanded with that speech. Promise me one thing: You won’t link to that speech.

Friedman: Sorry, Mr. President, but I already did. Here are some highlights of what you said to justify sending more troops into Vietnam:

Why are we in South Vietnam? We are there because we have a promise to keep. Since 1954, every American president has offered support to the people of South Vietnam. … We are also there to strengthen world order. Around the globe, from Berlin to Thailand, are people whose well-being rests, in part, on the belief that they can count on us if they are attacked. … We are also there because there are great stakes in the balance.

Let no one think for a moment that retreat from Vietnam would bring an end to conflict. The battle would be renewed in one country and then another. … Thus it became necessary for us to increase our response and to make attacks by air. This is not a change of purpose. It is a change in what we believe that purpose requires. … We do this to increase the confidence of the brave people of South Vietnam, who have bravely borne this brutal battle for so many years with so many casualties. … We will not be defeated. We will not grow tired.

Johnson: Yes, Mr. Friedman, I wish I had said what Biden did — and what his predecessors never would: “How many more generations of America’s daughters and sons would you have me send to fight Afghanistan’s civil war when Afghan troops will not?’’

Friedman: President Xi, what do you think of all the American commentators proclaiming China a winner from Biden’s withdrawal of U.S. forces from Afghanistan?

Xi: Oh, my, these are what we call useful idiots. What planet are these people living on? We had a perfect situation going before Biden came along. America was hemorrhaging lives, money, energy and focus in Afghanistan — and its presence was making the country just safe enough for Chinese multinationals to exploit.

The Metallurgical Corporation of China and Jiangxi Copper had a contract to develop a copper mine in Mes Aynak, and the China National Petroleum Corporation was working on a field in the north of the country — and the Americans were funding the overall security. That is our idea of perfection! Alas, neither of these projects ever got off the ground because of the craziness in the Kabul government. But Afghanistan is hugely rich in minerals we need. Who will protect our investors after the Americans have stopped doing it for free? Not me.

Friedman: How about the Taliban?

Xi: The Taliban?! You think that we trust them? Have you noticed what their brothers in the Pakistani Taliban have been doing to our investments in Pakistan? Just read The Wall Street Journal from July 28:

ISLAMABAD, Pakistan — A gunman opened fire on a car carrying two engineers in the southern port city of Karachi, the latest attack on Chinese nationals in close ally Pakistan. … Chinese nationals have been the victims of multiple recent attacks in Pakistan. Earlier this month, a bombing killed nine Chinese construction workers in a bus being taken to the site of a dam being built in northern Pakistan. Targets of other attacks in recent years include the Chinese Consulate in Karachi, the partly Chinese-owned stock exchange in Karachi and a hotel in the Chinese-run port of Gwadar.

Xi: Pakistan cannot even keep us safe from its own Taliban and Baloch separatists — in their own country — and we own Pakistan! And don’t even get me started on how the Taliban victory could inspire our Uyghur Muslims. … Joe, Joe, what did you do to us, Joe? You should have listened to your foreign policy experts and stayed in Afghanistan. The last thing we want is you refocusing all of America’s resources and energy on competing with us for the industries of the 21st century, instead of chasing the Taliban around the Hindu Kush.

Friedman: Mohammed Zahir Shah was the last king of Afghanistan, who ruled from 1933 until he was deposed by his brother-in-law in 1973, triggering nearly a half-century of coups, wars and invasions. He was the last of a 226-year dynasty of Pashtun monarchs to rule Afghanistan.

Your Highness, what do you think of Biden’s decision to just quit Afghanistan and of the Taliban takeover.

Zahir: Let me tell you a few things about my country. The first thing you have to know is that we are and always will be a mosaic of many different languages and cultures and ethnicities and approaches to Islam. There are 14 ethnic groups recognized in our national anthem — Pashtuns, Tajiks, Hazaras, Uzbeks, Balochis, Turkmens, Nooristanis, Pamiris, Arabs, Gujars, Brahuis, Qizilbash, Aimaq and Pashai. We have Sunni, Sufi and Shiite Muslims. The reason the country was relatively peaceful under my leadership, until my idiot cousin toppled me, was that people saw me as a unifying symbol to whom they could all relate.

The Taliban represent only one element in our mosaic — Pashtun Sunni Islamism. Since they were ousted by the Americans 20 years ago, all they have been thinking about is how to again own the Afghanistan they lost, not how to govern anew the Afghanistan that exists today.

Let me tell you, Mr. Friedman, more than 70 percent of Afghanistan’s population is under 25 years old. Most of them know nothing about the Taliban and have never heard of Mullah Omar — just like all those 20-somethings in Iran who have never heard of the shah and give Iran’s Islamic rulers grief every day. They have been raised in a different Afghanistan, in a different age, and they will not easily give up the freedoms they enjoyed these past 20 years, even if the country was a mess.

Americans were the outsider, and the Taliban could always find plenty of passive and active cousins for its project of getting you out. But now they and their brothers will have to deal with all their cousins inside — from those 14 different ethnicities — and that will be a different story. The Taliban have no idea how to govern a modern country. Vietnam’s nationalist leader, Ho Chi Minh, spent his exile in Paris. These Taliban guys studied, at best, in madrasas in Pakistan, where they don’t even teach science.

And then there’s the money. The American occupation was to Afghanistan what oil is to Saudi Arabia. You were like an oil well that didn’t dry up. But now that you’re gone, so is all that income to run the government and pay salaries. How are the Taliban going to replace it? You can smuggle only so many drugs to Europe. Sure, the Chinese will throw them some crumbs to keep them away from the Uyghurs. But there are no more sucker superpowers out there that want to come in and run this place, because they all now know that all they’ll win is a bill.

Here is my prediction: The Taliban will either form a national unity government with all the major ethnic and tribal groups, under loose centralized control — and it will sort of hold the country together and be able to enlist foreign aid — or they won’t. If they do, President Biden’s bet on getting out will prove right — that America’s presence was actually preventing Afghans from compromising and coming together to govern themselves. Maybe they will even find one of my family’s descendants to be the symbolic unifier. I repeat: My reign corresponded with one of the most peaceful eras in Afghan history.

But if the Taliban try to keep power all by themselves, with no cousins, watch out. The country will eventually resist it, the Taliban will crack down harder, and Afghanistan will not implode — it will explode. It will break up into different regions and hemorrhage refugees and instability. It will be very ugly, and America and Biden will be blamed for the chaos. But America will also be gone. Afghanistan then will be a huge problem for its neighbors, particularly Pakistan, China, Russia and Iran.

Friedman: Hmm. Pakistan, China, Russia and Iran? Maybe Biden had that in mind all along.

Thomas Freedman is the foreign affairs NY Times Op-Ed columnist. He joined the paper in 1981, and has won three Pulitzer Prizes. He is the author of seven books, including “From Beirut to Jerusalem,” which won the National Book Award. @tomfriedman

A version of this article appeared in print on Aug. 21, 2021, Section A, Page 19 of the New York edition with the headline: Three People I Would Interview About Afghanistan.