Indian supreme court orders inquiry into state’s use of Israeli Pegasus spyware | Will US & EU follow? 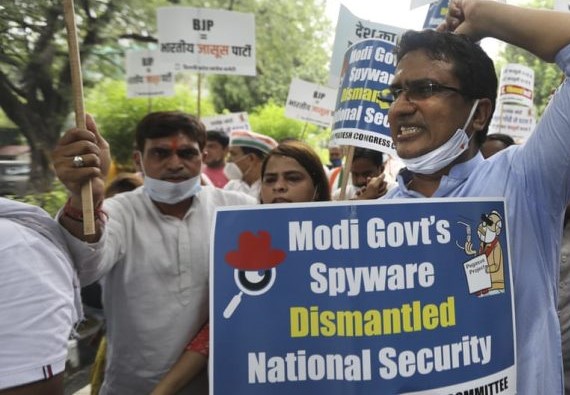 India’s supreme court has ordered an inquiry by an independent committee into the question of whether the government used the Israeli Pegasus surveillance software for illegal spying.

In making their decision, Indian Judges criticised Modi government for its refusal to divulge what software was used for and why.

For the domestic opposition, civil rights activists and the journalists who have been demanding such an inquiry in the face of stonewalling by the government, the ruling came as a victory.

Will the US and EU follow the Indian example and investigate the Israeli spying software’s involvement in their nations and jurisdictions?

Or will they turn the other cheek, for fear of being called antisemitic?