Exclusive: Nations about to Lose Sovereignty over their own Citizens | How will Ministers & Telecom Regulators Mitigate Becoming Obsolete in 2021?

Elon Musk’s Starlink vision to dominate the Internet broadband sector for decades to come by offering broadband services to consumers worldwide, from space, became a reality in 2020.

In an ultra-strategic move to dominate data from the heavens, hundreds of satellites have already been launched by Starlink to deliver broadband services to all of US and Canada by early 2021. They are on track to reach the goal of deploying a constellation of 12,000 Low Earth Orbit satellites (LEO) by the end of 2021, which will cover the entire planet. This unprecedented move will enable Starlink to offer its broadband services from space to people all over the world – unhindered, unobstructed, unchecked or regulated by nations, their ministries or regulators.

A Game Changer for Generations to Come.

Starlink’s visionary plan will undoubtedly allow them to globally dominate the sector by revolutionizing the broadband sector and its service delivery modality today and for the 21st century.

On this, MLi Group chairman and Survivability News publisher Khaled Fattal said: “This new reality stands to challenge, disrupt and threaten all previously known norms and protocols that had been followed by national governments, their telecom ministries and regulatory agencies around the world”.

Fattal later added: “In the blink of a technology-eye, it will forever alter the models and frameworks these governments relied upon and operated under that kept them relevant and in charge. They are about to be imminently rendered unable or incapable of regulating, enforcing, managing, or holding to account new service providers offering broadband and other services from space to their own citizens – in their own sovereign nations.”

Musk’s SpaceX looks to rule space with 30,000 more satellites. Its Starlink’s internet service could eventually dwarf the total number of satellites ever launched. 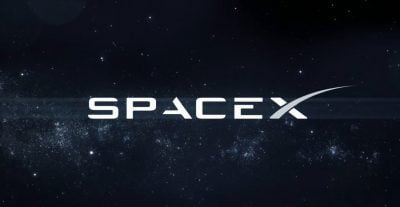 But Musk is not the only man with this plan. UK-Indian venture OneWeb and Amazon’s Project Kuiper are just two other serious players entering this “space.” All are aiming to establish themselves as the global  “Zeus” of Space-Based broadband.

Fattal added: “This new reality creates unprecedented national sovereignty, survivability, security, and Geo-Poli-Cyber threat vectors on nation states and governments all over the world. Losing sovereignty over your own citizens in the short term means losing the mitigation battle in the medium and long term. This may prove national leaders’ greatest challenge this decade. This is partly because the tools and know-how needed to successfully mitigate this existential sovereignty threat requires new and equally unprecedented Mind-sets, strategies and solutions.”

This new direction is a global game changer. In and of itself, the sheer baldness, size, and magnitude of Musk’s new galactic pet project is eye popping. But what ought to capture your attention is that the single regulatory authority Starlink sought approval from was the US Federal Communications Commission (FCC). This should raise questions as to Starlink’s relationship not only with the FCC, but with the US government as well.

The FCC also approved subsidies for Starlink to the tune of nearly $900 million over the next ten years, for deploying broadband services in “rural” and “underserved” areas.

Noteworthy is that Musk’s SpaceX company already has billions of dollars’ worth in contracts with NASA and the US government. in fact, Musk may have single handedly saved NASA’s space program and the US reputation being a global space leader with his SpaceX reusable rockets.

Therefore, it is very fair to say that Musk’s Starlink not only enjoys the tacit and proactive blessings of past and future US governments on this bold move, but he may also have been their hand-picked candidate to push this 21st century Space-Broadband agenda forward.

Also worth noting, across the Atlantic Ocean, OneWeb, which had previously filed for bankruptcy, got bailed out by none other than the UK government, the US “special” ally, to the tune of $1 billion.

OneWeb is now  moving forward with plans for their own LEO satellite fleet, albeit significantly smaller in size.

This means the west has two US and one UK companies ready to dominate, perhaps own, the broadband heavens for the foreseeable future.

Fattal concluded by saying: “Today’s early beginnings of space-based broadband remind me of the early days of the internet in the US (the white House) in mid-90s and how it propelled the US to dominate data,  information, innovation, and the digital economy for the next 25 years. The only exception is back then no-one envisaged having even a few hundred million internet users, let alone 3.5 billion, nor any of the achieved successes. I am in no doubt that the unpublished vision of this initiative may contain helping the US government advance its geopolitical agendas to influence future events and narratives. This will certainly create a new race  between the superpowers with new risk vectors and dimensions that no side can afford to lose.”

Nations Losing Sovereignty over their Citizens.

The ramifications on the national sovereignty of nations all over the world is unprecedented. As it stands, no nation, minister or regulator can prevent Starlink or other space-based broadband service providers from offering their services to their citizens from space. Nor can they make these providers comply to any regulatory requirements pertaining to privacy, pricing, etc. To date, Survivability News research has been unsuccessful to ascertain what Starlink’s approach to privacy, whether it will be local, regional, or global. No clarity has been determined yet as its international pricing strategies or other policies will be. While Survivability News did reach out to Starlink for a comment in advance of this publication, no reply has been received yet.

Beyond regulating the results of this feat, we should also consider the implications for current local and regional telecom and broadband service providers, as well as the possibility of Musk inheriting far too much power across the internet and the heavens itself.

National and government leaders, telecom & defence ministers, regulators & national security advisors ministries, as well as telecom and broadband operators need to take notice of all these critical developments and ask themselves challenging and uncomfortable questions. such as:

Decision makers who wish to confidentially learn more on this topic and become better aware of possible short to long term mitigation strategies to consider can get in touch by submitting their expression of interest here.

Survivability News is organizing a Special Event – Private Briefing on this topic in the coming weeks.

Attendance and participation are by registration and subsequent approval, or by MLi Group, Survivability News, or participating partners’ and collaborating organizations’ invitation only.

Details will be announced shortly. Subscribe for to stay up to date.

Watch Starlink’s and Falcon launch below.